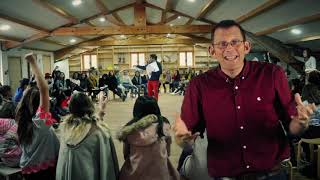 The paralysis of environmentalism... and a way out of it!

What do you think of when I say the word ‘zoo’? It is most likely that you envision majestic elephants, regal lions, and troops of cackling monkeys.

But what you didn’t SEE was the elephant’s broken heart as she so desperately desires to be with and around her own species. You didn’t see the lion pacing restlessly as he is unable to satisfy his inherent need to roam the vast, open plains of Africa. And you also didn’t see the monkeys repeatedly banging their heads against the sparse walls of their concrete enclosure as they try to appease their need for stimulation.

These creatures are driven to madness because they are engulfed by an agonising boredom. Their most basic, intrinsic needs and desires are suppressed by the cramped environments that we imprison them in. The actions these animals exhibit are called stereotypic behaviours. Other examples include neck twisting, self

harm, feather plucking, rocking, vomiting and pacing. This behaviour is similar to psychosis in humans and is therefore labelled zoochosis. There have been thousands of documented cases of stereotypy in captivity, but there has been not one recorded case in the wild.

If we saw such detrimental and adverse behaviours in humans, we would surely address the problem. So why, when animals exhibit the same behaviour, do most zoos conceal the problem and fail to address it sufficiently?

One answer to this could be that zoos can’t be seen as damaging to the animal’s welfare otherwise they would not generate the revenue from the public that they currently do. And, if we strip away all the justifications for zoos, such as education and conservation, it is evident that they are merely attractions constructed around what the public wants to see. Why, after all, do zoos paint vegetation on the wall in place of the lush rainforest? Why do they fix fluorescent strip lamps to the ceiling in place of the orange African sun? Why do they provide artificial rocks in place of the polar bears’ habitat, which is 1 million times larger than the average zoo enclosure?

The first zoo was founded in 1752 in Vienna, Austria. For the next 200 years, zoos were created as private collections by the wealthy to show their power. All of a sudden, zoos were sprouting up everywhere, proliferating at an unbelievable rate. Now, there are over 10,000 zoos worldwide and since we’ve caused extensive habitat destruction, we justify zoos by claiming that they are for conservation. Yet, While zoos numbers have increased, wild animal populations are more at risk than ever. It is predicted that 50% of all species on earth will be gone at the end of this century.

So, is it correct to justify zoos by claiming that they are for conservation? No, because even those zoos that attempt to provide appropriate enrichment can never duplicate the animal’s natural habitat sufficiently. If we are keeping animals in zoos, they will lose all their wild and innate tendencies. For example, elephants must fear a lion’s presence in order to protect the babies of the herd. Yet if we keep them in zoos and they lose these attributes, they will not be able to return to the wild. Are we really conserving the wild animals, or are we attempting to domesticate them so that we can forever keep them in cages and gawk at them through rows of steel bars and patterned mesh? London zoo recently spent over £5 million pounds on a new enclosure for three gorillas.If they really wanted to conserve animals, that money could be spent on range rovers, trained men and anti poaching patrols which would have saved hundreds of wild gorillas rather than imprisoning three captive ones.

Moreover, there is also the education argument. Yet is it education to see a creature self harming because we have placed it in captivity? I don’t think so. Do we want children to grow up thinking that we do not need to protect the diversity of the oceans and the richness of the rainforest because we can place the animals in cages and see them there instead? I don't think so.

Many species of typical zoo animals display extraordinary levels of intelligence, empathy and sentience which further supports the case against their imprisonment. An example of this animal compassion was shown in a herd of elephants in 2012. Years before, Anthony Lawrence, a conservationist, had saved the elephants. He had fed them, socialised with them and calmed them when they became traumatised during the long nights. Following Anthony’s death in March 2012, the herd embarked on a 12 hour journey to visit the site where he died and his wife and children at their home, where the elephants stayed and appeared to mourn. Their temporal glands streamed with tears, which is a sign of overwhelming emotion in elephants.. To this day, no one knows how the animals sensed Anthony’s death over such a great distance. According to his son, the elephants had never been to the house before.

Is this not evidence enough of animal’s rich emotional lives?

Or what about Gana, the gorilla who was so fiercely guarding her dead baby that zoo keepers were unable to retrieve the body.

Or what about the beluga whale who saved his keeper when she fell into his pool and became paralysed due to cramp?

Or what about the two-year-old African elephant baby who climbed on the back of his dead mother to try to wake her and then stayed near her lifeless body for 14 hours after her death. He then wept after the body was removed.

And there are many more examples that I could list.

So why do zoos apply this ‘one-size-fits-all’ concept to keeping animals when it is so clear that every animal possesses a unique and individual personality? One elephant may love to frolic in a dust bath whilst another may love water. One may be best friends with her sister yet mortal enemies with her aunt. This has all been proved in extensive scientific research. Until we reach the day where we have studied animals so completely that we can be sure they do not suffer in the desolate jails that we provide for them, then zoos should not be in use.

Only recently are we beginning to understand how the emotional lives of animals are equal or even superior to those of humans.

‘When we return wild animals to nature, we merely return them to what is already theirs. For man cannot give wild animals freedom, they can only take it away.’